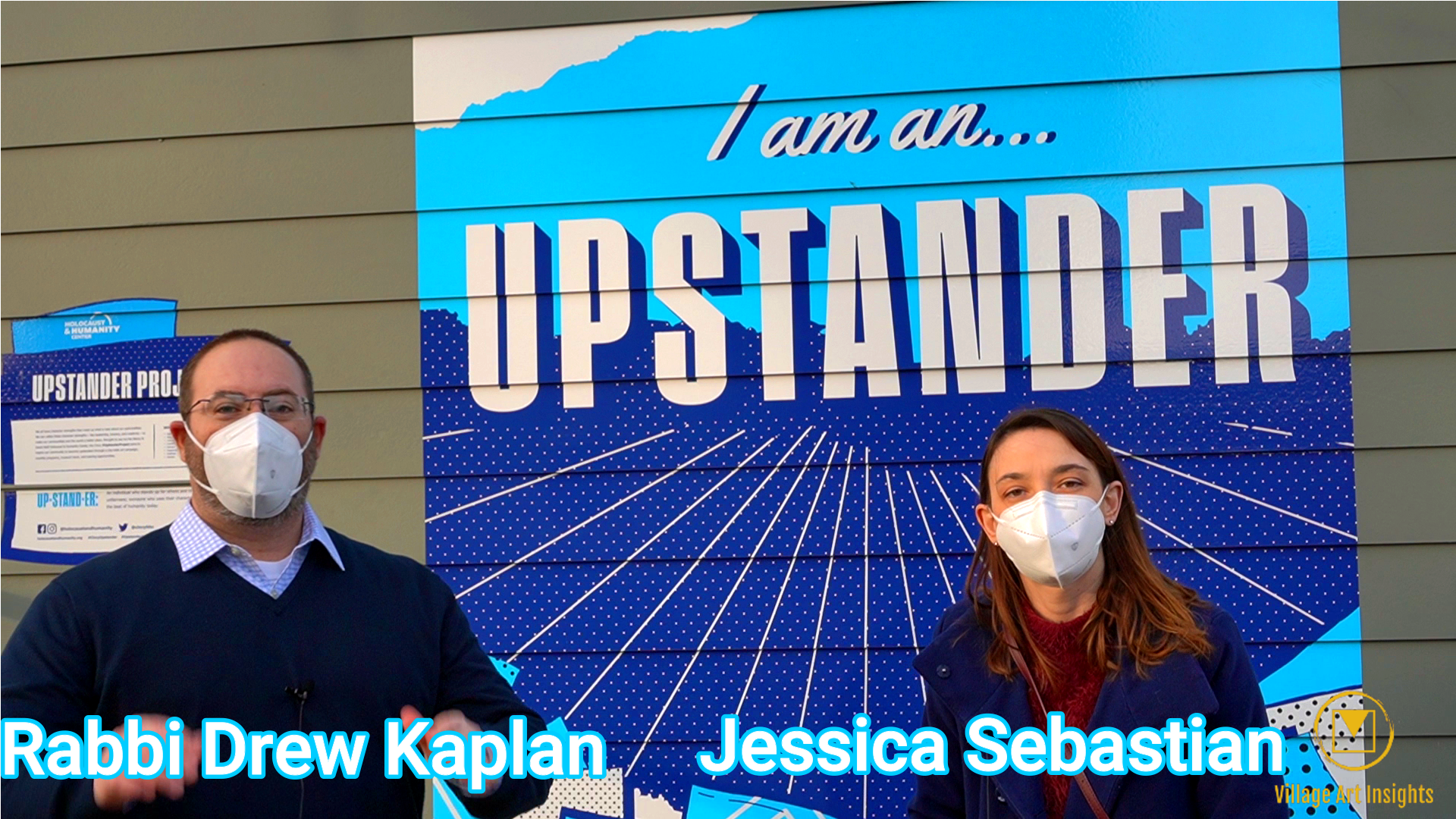 Surprise
If you had asked me before I started my current job as a chaplain at a senior living facility about making art videos, I would have found that to be strange. Yet, here I am, making art videos.

First Video
Of course, it started amidst the pandemic, as no programming could take place, due to the virus. I approached the building’s art specialist and she agreed to do a video with me on the artwork series in the administrative wing, about which I had been quite curious. So we made that video. Yes, we used my cell phone for the video and the lighting was atrocious, and the sound was not so great either.

Sukkah Art Video
The local JCC then had, as they have in years past, albeit smaller due to the pandemic, an art exhibit in their sukkah; however, since our seniors were unable to leave the building, our art specialist and I made a trip out there to bring the exhibit to them, as it were, resulting in this video. And, yet again, with no special lighting, no microphones, and just my phone camera, it turned out decently, yet it could be better.

Grant for Camera Equipment Boosts Production Quality
I then applied for a grant from a local committee to fund camera equipment, which yielded a mirrorless digital camera, microphones, a light, and a tripod. This provided a significant increase in production quality for our subsequent art videos.

Two Videos in the Building
We then shot two videos in the facility, one on a series of art on Jewish holidays, and one on our buildings contribution to the JCC’s artwork exhibits over the years. Both of these featured notably improved production quality due to the fulfilled grant. (If you do plan on watching the videos, I highly recommend watching them in 1080p60 quality.)

Two Videos out of the Building
We then made two further videos outside of the building, the first of which was of an art exhibit that was about to leave the Skirball Museum and the residents would have otherwise been entirely unable to catch any of it, so, just like the limited time engagement of the JCC sukkah art exhibit, we were granted exclusive access to the museum (since it was otherwise closed to the public due to the pandemic), resulting in this video. The other of which was of a series of murals that are part of the Holocaust & Humanity Center’s Cincy Upstander Project, which is available here. (Just as with the previous two videos, if you plan on watching them, I recommend watching them in 1080p60 quality.)

More
While we have some more lined-up that we plan to create, as we begin to open up, perhaps the need for such videos will decrease. Who knows?

2021-03-01
Previous Post: Purim Episodes (2021) of The Jewish Drinking Show
Next Post: Encouraging Developments Due to Lack of COVID-19 in Building [Chaplaincy Chronicles]