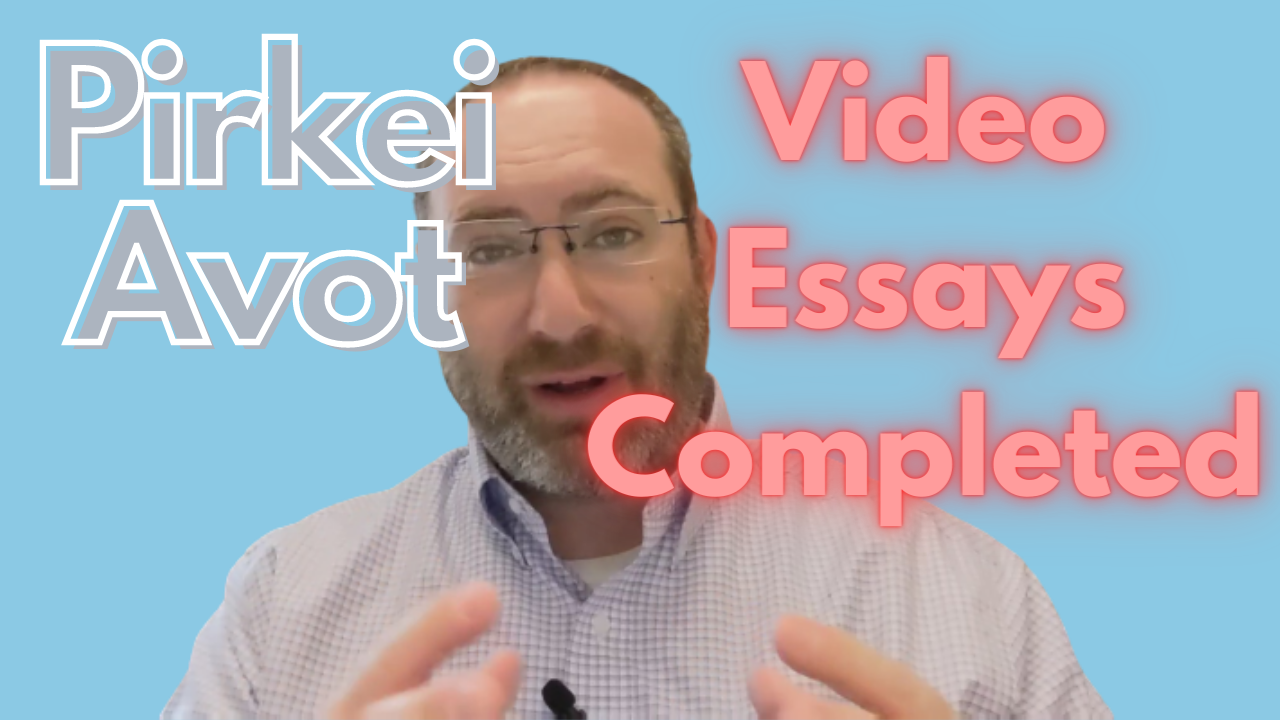 I am very excited to share that I have successfully completed my series of video essays on Pirkei Avot! Having finished up the fifth chapter last week, I have now shared insights on all five chapters of this collection of rabbinic wisdom sayings, which are available for public enjoyment. 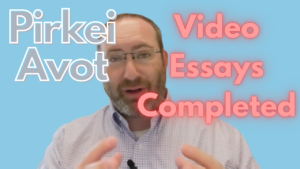 While I created this series for sharing with residents at the senior living facility where I serve as the Director of Pastoral Care, it is also available for the broader public, as well. With my intended audience in mind, I spoke more slowly than I would normally have spoken, as well as making these texts more approachable.

I progressed steadily through Pirkei Avot, by sharing insights for several minutes each day at work on each of the texts. The 97 video essays on this significant piece of rabbinic literature will remain where they are and are not only available for the public, but I may also re-broadcast them to the residents at the senior living facility.

One thing I began doing at some point was titling the videos, broadly describing the texts that I was discussing, which should also be helpful in gaining a sense of the content.

Another thing that occurred throughout the series was gaining a better understanding of the texts within Pirkei Avot – sure, I had read through them many times, but having to sit with these texts and to explicate them to others forced me to gain a better understanding of them. I am very fortunate that I have a better handle on these dozens of texts through having undergone this process.

Once again, I am very glad and fortunate I was able to carry this idea to its successful completion and I hope you enjoy!

2021-06-24
Previous Post: Video Essays on the Fifth Chapter of Pirkei Avot
Next Post: Guest Co-Hosting on the Let There Be Light Podcast