Using Technology in a Senior Living Facility Under COVID-19 Lockdown 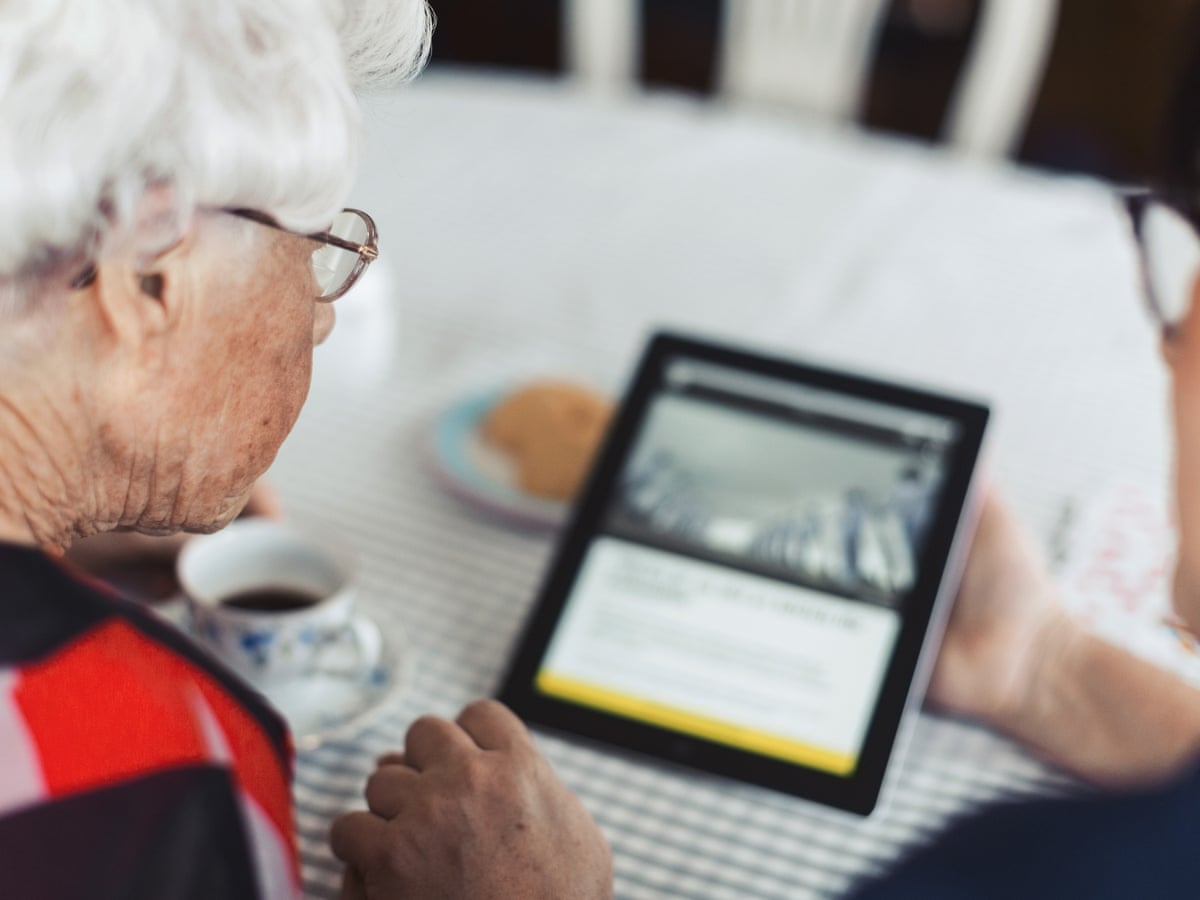 Background
Having written previously about the challenges of those in the Silent Generation using wifi-enabled technologies to connect with their loved ones, it was fascinating to have come across an article on using technology in senior living facilities.

Introduction to Relevant Article
Having previously mentioned that I recently purchased and began reading Flourishing in the Later Years: Jewish Pastoral Insights On Senior Residential Care, edited by Rabbi James R. Michaels and Rabbi Cary Kozberg, one article that jumped out to me was Rabbi James R. Michaels’ “Technology to Enhance Religious Life” (pp. 183-190). “In the world of Jewish aging services,” Rabbi Michaels writes, “technology is often employed to make the traditional davenen (praying) and more liberal services more accessible and enjoyable to residents” (p. 183). Specifically, he discusses “some of the techniques Jewish chaplains have employed to enhance Jewish religious and cultural experiences in long-term care settings” (p. 183).

In the article, Rabbi Michaels discusses customizing prayer books, PowerPoint prayers, televised services, televising services from synagogues, using smartphones and wifi, and others, although my mind went straight to the limitations under the current circumstances of operating amidst the COVID-19 lockdown.

Prayer Services?
While the facility where I work does not currently allow for prayer services at this time, hopefully, in the near future, it will begin opening up and allow for them (with social distancing, etc.); nevertheless, the idea of streaming services from within the building is not an option. However, showing services is, as our facility has a dedicated channel for residents, which has technology that permits YouTube videos to be shown, as well as YouTube Live, which can be a great boon for residents wishing to have some sort of prayer service as an entertainment option, even if getting together in a physical space with others to do such activities is not a possibility.

Teaching Classes
One aspect I find that I provide a lot of value with is in teaching/leading classes/discussions and the lockdown does not currently allow for such a possibility. While I hope to be able to teach/lead classes/discussions in the near future in-person with residents, in the meantime, I have begun to utilize Zoom to do so.

In using Zoom, I give the residents a heads-up about the online discussions (for instance, in my weekly Shabbat Newsletter issues, I include a front-page section about it for the following week) with log-in information for the following week’s session. I then record the sessions, edit out any residents who have not provided me with written consent to include them in the video sessions for use online, and then I publish the videos to YouTube, whence they are then able to be broadcast on Friday afternoons for residents to watch on the internal broadcasting channel in the facility.

While this is a great model, the severe challenge is that while numerous residents have spoken to me of their interest in such discussions (the idea actually sprang from a conversation with a couple of residents who were yearning for intellectual and Jewish stimulation amidst months of dulling in the lockdown), the few sessions I have held during this month of July have only had a resident or two participating in the sessions. The reason why is crystal clear: lack of technological know-how. When I mention that accessing the classes is by Zoom, they say they don’t know what that is. Sometimes, they are open to me helping them with it, and sometimes, not. Those in the Silent Generation are struggling to stay connected with the world in the same way that younger generations are able to connect with the world.

Looking Forward
One thing that Rabbi Michaels nails on the head is his assertion that, “As long-term care continues to evolve, technology will probably play an increased role in serving seniors’ religious needs” (p. 190). And, amidst the current global pandemic, this assertion is certainly true. However, there are a couple of challenges.

One challenge is the lack of technology available for seniors. “It seems that a relatively small investment of capital on the local, regional, or national level would allow technology to bring religious services to people in long-term care”, writes Rabbi Michaels, and that “The only limits to this would be the community’s collective will and imagination, providing Jewish religious services for people in long-term care when it might be more significant for them than ever before” (p. 190). A small number of the residents have either computers or tablets, let alone smartphones, although they may mostly not use the various technologies at their disposal for the second challenge.

That second challenge is part lack of know-how, as well as lack of interest. Those in the Silent Generation never needed such technologies in their lives, whether vocationally or even avocationally, and why should they need to learn them now? They also are not used to thinking about navigating apps and connecting with these methods, while telephone calls and television-watching are much more in their way of thinking and living.

Anyways, those are some of my reflections and thoughts with technologies in helping seniors under this lockdown.